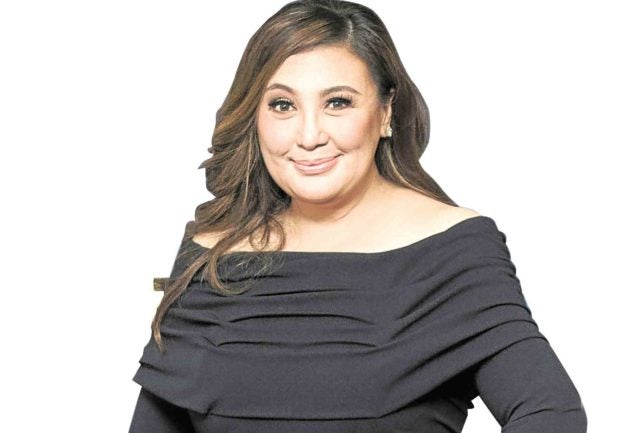 Something like this doesn’t happen every day. But special occasions—like the taping of the ABS-CBN Christmas Special last Tuesday—have a way of making more magical moments happen. The occasion didn’t just gather the Kapamilya network’s biggest stars, it also brought together the movie queens of the ’80s, Sharon Cuneta and Maricel Soriano.

The Megastar and the Diamond Star were seen in a rare huddle at the taping, capped off by a photo that was posted by Sharon for her 1.1 million followers on Instagram. Maria and Shawie were the top box-office champs of the ’80s, but they were made more popular by their respective love teams with Gabby Concepcion (for the latter) and William Martinez (for the former).

They never appeared in a film together, so this precious crossing of paths could lead to a big-screen pairing. If we don’t see a Sharon-Gabby reunion anytime soon, why not a Sharon-Maricel “mano-a-mano,” instead? We could see thespic sparks flying this early.

What do you think, Star Cinema? How about it, Mother Lily? Boss Vic?—RITO P. ASILO