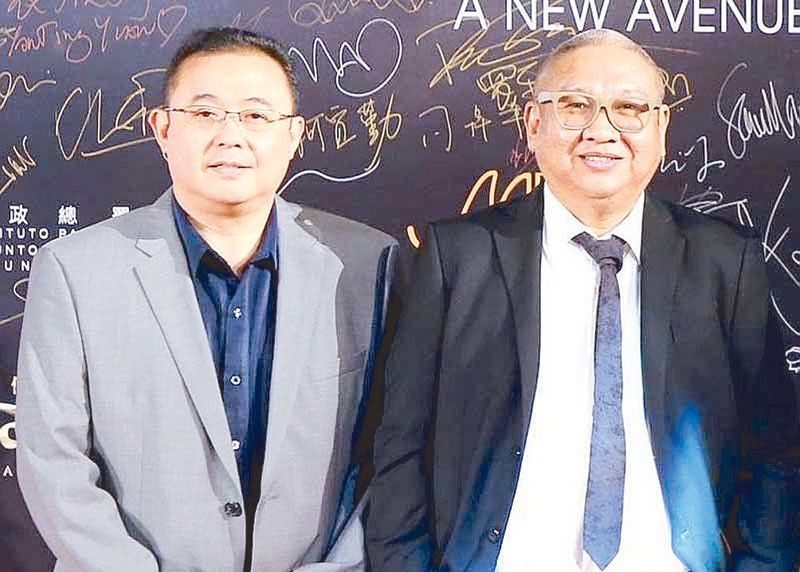 Necessity is indeed the mother of invention. When movie houses closed due to the pandemic, producers were at a loss where and how to exhibit their movies, until director Erik Matti and Dondon Monteverde, partners of Reality Entertainment, Inc., came up with UPSTREAM.ph, a streaming platform they said was “created by Filipinos for Filipinos.”

“Actually, the platform is available worldwide,” said Dondon, UPSTREAM’s managing business partner, “so even non-Filipinos anywhere in the world can enjoy our services.”

“We were paranoid due to the pandemic,” seconded Erik, managing creative partner, “since like other producers, we didn’t know where to release our movies, especially after the first Summer Metro Manila Film Festival (SMMFF), supposed to start last April, was cancelled.”

It was at that time when the partners came up with UPSTREAM.ph which provides a virtual movie house experience while cinemas remain close, but with a difference. You don’t have to dress up, brave the traffic or line up to buy tickets. You can watch the movies with your family in the comfort of your home, minus the usual cinema crowd. Less hassle, more convenient.

“In a sense,” explained Erik, “we just moved the ‘cinema experience’ online, bagong set-up, and this is the closest we can get to it. We can’t wait for the cinemas to come back and when they do, we can collaborate with them.”

“It’s a good partnership,” noted Erik of the UPSTREAM.ph/Globe tie-up.

“A perfect marriage,” agreed Dondon. “Globe has the biggest number of subscribers, the farthest reach, the most stable tech company and enjoys a gold-standard online platform, and the network with biggest Internet infrastructure.”

“And it has safety measures against piracy,” added Erik. “If somebody attempts to pirate the content, the screen will just go black.”

Ticket prices are lower than the usual cinema rates. How to book? Easy does it: Go to Browse, type UPSTREAM.ph and you can purchase tickets (cashless) through E-Payment systems like G-Cash, Easypay, Shopee and Lazada. Local tickets began selling last Dec. 8 and global tickets last Friday, Dec. 18. The UPSTREAM.ph website will provide all the information that you need. Understandably, there will be no season passes this year, something that many people will sorely miss.

“Ticket prices are not fixed or uniform unlike during the usual MMFF,” said Erik. “It’s the producers who will determine the prices. And all the entries will run until the end of the MMFF so the producers are not at the mercy of theater owners, again unlike during the old-normal MMFF na pinu-pull out kapag mahina ang movie and the allotted theaters were given doon sa movies na malalakas.

“The good thing about this set-up is that you can watch the movies whenever and wherever you want. If you want to go to the CR, you can put the streaming on hold so you won’t miss anything. Or you can watch for 30 minutes and continue watching anytime.”

As in the pre-pandemic norm, producers can have their movies’ trailers shown on UPSTREAM.ph as part of the come-on, including red-carpet premieres, interviews with stars and directors, and behind-the-scenes footage.

“We practice self-regulation,” assured Erik. “Instead of the usual MTRCB guide, we put reminders like ‘with expletives,’ ‘sensitive theme’ or ‘with partial nudity’.”

“And one more thing,” added Dondon, “even after the official end of the MMFF (Jan. 7), we have more contents coming up. UPSTREAM.ph is not exclusively for movies. We also cover other events, including sports, and we’re streaming Manny Pacquiao’s first two fights.”

(For more updates, photos and videos visit www.philstar.com/funfare or follow me on www.twitter/therealrickylo.)

Azarenka shines in cloudy Doha in day one of Qatar Open

Vote for women — they may be more likely to keep campaign promises, says study