To ban or not: Palace says let MTRCB decide on 'Magellan' movie 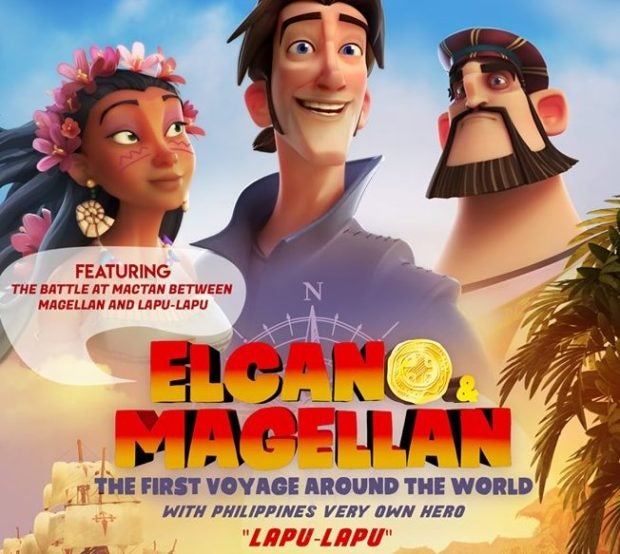 MANILA, Philippine — It is up to the Movie and Television Review and Classification Board (MTRCB) whether to ban or not the new animated movie about Ferdinand Magellan and Filipino hero Lapu-Lapu that is set to be shown in January next year, Malacañang said Thursday.

“I think that’s the jurisdiction of the MTRCB. They will decide on that,” presidential spokesperson Salvador Panelo said in a Palace briefing.

Netizens slammed the movie Thursday after they claimed that Lapu-Lapu was depicted as a villain.

Asked if Malacañang would object to the movie’s showing in the Philippines, Panelo said: “We will not want to preempt the jurisdiction of that agency,” referring to MTRCB.

The animated movie titled “Elcano and Magellan: The First Voyage Around the World” is set to be shown in Philippine cinemas in January 2020.

Magellan, who landed in Cebu in 1521, was killed by Lapu-Lapu in what to be known as the battle of Mactan.

In a Twitter post, Fil-Am and former BuzzFeed editor Matt Ortile said “put this colonialist garbage in the trash.”

“Spanish film producers and distributors (Filmax, Dibulitoon) literally made a film w/ Magellan as hero and Filipinos as romantic interests/understanding supporters/antagonists………and they’re about to show this film in the PH……….put this colonialist garbage in the trash,” Ortile wrote.

President Rodrigo Duterte has expressed admiration for Lapu-Lapu and frowned on the fact that he is made a mere name of a fish.