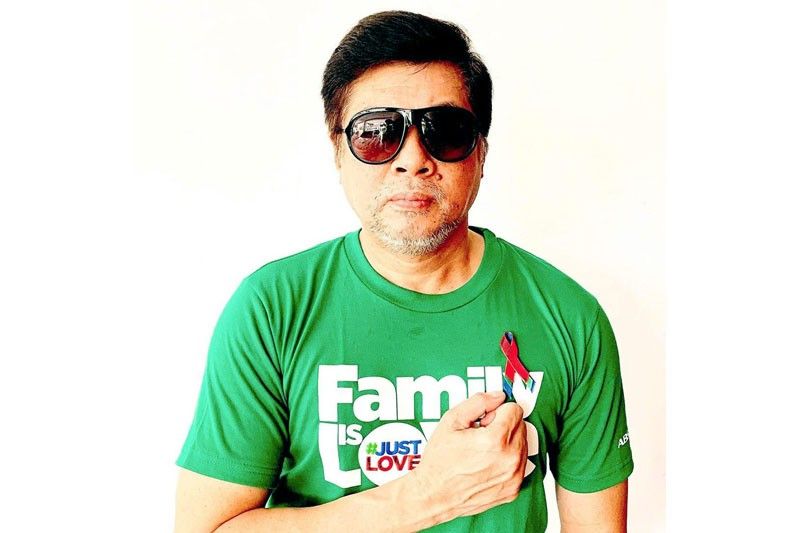 These past pandemic days, Randy Santiago has been doing a great thing for the glory of God.

“Sa pinagdaraanang pagod at hirap ng tao hindi lang sa ating bansa kundi pati na rin sa buong mundo dahil sa pandemya na kinahaharap natin, huwag tayong mawalan ng pag-asa dahil nandyan ang Ating Panginoon na hindi tayo pababayaan (For all the tiring and difficult times that people in our country and the whole world are experiencing now due to the pandemic, we must not lose hope for Our Lord is always here and He is not neglecting us),” said Randy.

He continued: “Manalig tayo at malalampasan natin ang paghihirap na dinaranas. Huwag tayong magsawang lumapit at magdasal sa Kanya na gabayan tayo (Have faith and we can surpass the trials we are facing now. Let us not get tired of going and praying to Him to guide us).”

“Thanks Randy for the beautiful and moving song. (It is) very appropriate for our time today to lift up everything to the Lord,” said Insular Life’s first VP/corporate treasurer Mylene Padilla of the singer-songwriter’s Pagod na Puso in a Viber message.

Pagod na Puso was written by Randy in 1992 and it was musically arranged then by Mon Faustino. Amid the COVID-19 crisis, the song is given a new life and is arranged by Lean Inigo. Raiko Santiago, Randy’s son, is its video editor.

Interestingly, Randy recorded the entire song inside his home using only his cellphone.

“Sa panahon ngayon, nakakamangha na marami na tayong magagawa kahit nasa ating tahanan lang tayo. Manatili muna tayo sa ating mga bahay para mas mapadali ang pagpuksa sa pandemya (During this time, it is amazing that we can do many things even in our homes. Let us continue to stay at home for the pandemic to end faster),” he opined.

Months ago, he was into different entertainment endeavors from being a regular judge on It’s Showtime’s Tawag ng Tanghalan, twice-a-month show at Resorts World Manila’s Bar 360, international shows for Filipinos in

Hawaii, Australia, Spain, New Zealand and Canada, to the hit PETA comedy-drama musical Rak of Aegis where he played Fernan.

Three years ago, Randy lost his son Ryan (on Aug. 13, it will be Ryan’s third death anniversary), who was only 24 years old when he passed away, succumbing to a four-year battle with multiple sclerosis.

“It’s still painful to me,” admitted Randy who at a young age was the

assistant director of his father, the late Pablo Santiago, while still in college at De La Salle University-Manila.

“It’s hard when you lose somebody very special to you. It’s hard to imagine and accept the loss of a child,” said Randy.

Nevertheless, Randy said, “I thank God for the blessings,” as he gets the opportunity to help fellow La Sallians and batchmates in need as head of the La Salle Green Hills Batch ’79 Silverde Association.

He has loved music since his grade school days at La Salle Green Hills with the LSGH Choir. He joined the Kundirana in high school and in college, the DLSU Chorale.

Indeed, he has been grateful to the Divine Providence despite the trials of life he faced in the past, which in turn transformed him to be a faithful and better person.

What Mareng Winnie rediscovered in own home during quarantine

US executes 2nd man in a week; lawyers said he had dementia

ABS-CBN staff assured of work till end July, but now beginning to feel the crunch