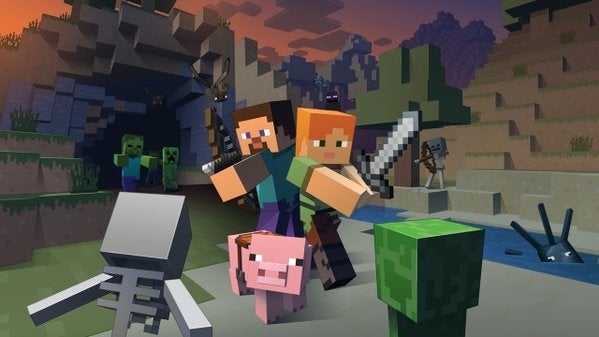 Video game sensation “Minecraft” is on its way to the movies, with a March 2022 date announced and a director chosen.

Since its unassuming debut in 2009, “Minecraft” has gone from a free personal computer (PC) game to an international merchandising sensation. It is available on every modern console, as well as Android and iOS devices, backpacks, pyjamas, plushies and pencil cases.

After a story-driven spin-off of the creative construction game expanded across computers, consoles and even onto Netflix via a special interactive edition, “Minecraft” is being prepared for theatrical release on March 4, 2022 in United States theaters.

The film will follow a teenage girl and her unlikely group of adventurers, the official Minecraft blog announced, all set on saving the beautiful, blocky Overworld from the malevolent, destructive Ender Dragon.

He had also directed episodes of “The Path” and this year’s NBC New York apartment block drama “The Village”, and wrote his first feature, “Long Way Home”, something that he has also been doing for “Minecraft the First Movie”.

He had worked with some of Hollywood’s big names, too, having directed Michael Cera and Kat Dennings in “Nick & Norah” and then Julianne Moore, Ellen Page and Steve Carell in “Freeheld”.

Vu Bui, chief operating officer at Microsoft-owned “Minecraft” studio Mojang, is assigned to the project as one of its producers. Co-producing is Roy Lee, whose credits range from “The Lego Movie” and “How to Train Your Dragon” franchises to “It” and “The Ring”, as well as another upcoming video game adaptation in “Just Cause”, a remake of “Fortnite” and “PlayerUnknown’s Battlegrounds” genre inspiration “Battle Royale”. CE/JB

How Hyun Bin pulls off Smart TVC amid COVID-19 pandemic