'Mina-Anud': Mara Lopez speaks about the movie and her role in it 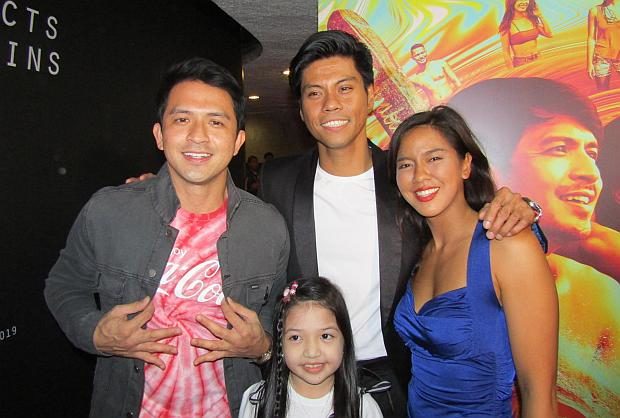 A movie without onscreen characters will be an empty, dead, and dull one. In fact, you will not even be able to call that a movie at all since you would have no one acting in it.

Now, on a more serious note, you will always need actors and actresses that can not only make their portrayals come to life but will also be able to inject their own individual personalities into them.

“Mina-Anud” is a prime example of a movie that has interesting, convincing, and entertaining onscreen characters.

Mara Lopez is the lead actress in this awesome movie. She portrays a free-spirited surfer chic named Jessy in “Mina-Anud.” Her onscreen character is appropriate and required in a surfer film. After all, who can imagine a movie of this kind without having the token “surfer chic” or two in it. Turns out Mara Lopez was the right choice to portray Jessy not only based on an aesthetic level, but one can glean through her characterization that it felt natural, cool, and fun for her to do.

This will be a switch from the typical acting that Mara Lopez has become known for — primarily, dramatic and heavy roles. Moviegoers will be able to see a different side to her acting here and she did an impressive job in “Mina-Anud.”

Now, around an hour before the global premiere of “Mina-Anud” last Friday, Aug. 10, at the main theater of the CCP, I was able to talk to Mara Lopez.

Here is the message of Mara Lopez to moviegoers:

First of all, it is a brilliant film. Mostly because it is based on a true story and people think this happened only 10 years ago, but this is still actually happening now. So, “Mina-Anud” is written and directed by Kerwin Go. And it is based on a real event that happened 10 years ago when bricks of cocaine washed up on this island called “Mina-Anud.” It is a real island.

And what people don’t know is that this is still happening today. Last month, may natagpuan bricks of cocaine in Baler naman. And, it also happened in a few islands in Japan, and not just in the Philippines. Although this event took place 10 years ago at that time, the cocaine was just so pure and it was the best time daw to be alive.

Yeah, I really hope you guys can see this movie because it really is a great movie from top to bottom. A great cast and a great director. Our director Kerwin Go put a lot of lightness into it. So, even if it is a dark concept, it is still a pretty fun movie. I play “Jessy” a free-spirited surfer girl in the surfing barkada who starts to deal with her friends. Yeah, I hope all you can watch “Mina-Anud” beginning on August 21.

What they learned from their moms