MANILA, Philippines — Kim Chiu is making her TV comeback via the afternoon family drama Love Thy Woman, which is set to take over the timeslot soon to be vacated by the long-running Kadenang Ginto.

The series explores the complex dynamics of a Filipino-Chinese family, and no other person can best relate to it but the 29-year-old star herself.

According to the synopsis of the upcoming Dreamscape Entertainment production, Love Thy Woman “tells the story of a modern Filipino-Chinese family headed by patriarch Adam (Christopher de Leon), who is determined to keep his family intact despite having two of them. He lives with his first wife Lucy (Eula Valdez) and their daughter Dana (Yam Concepcion), while his second family, Kai (Sunshine Cruz) and Jia (Kim Chiu), lives separately.” 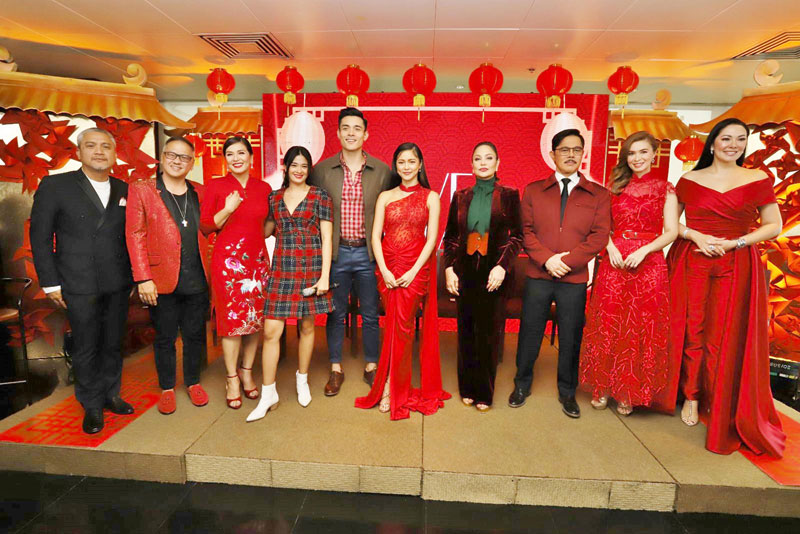 The wives have long accepted the situation but the conflict and rivalry continue and spill over to the daughters. The situation turns for the worse, when Yam’s character meets an accident and falls into a deep coma after her wedding to husband David (played by Xian Lim), who eventually finds himself falling in love with Kim’s character. This will cause a domino effect in the family, further complicating an already very complicated set-up.

During the presscon on Friday, Kim surprised the press with the revelation that her reel family story is similar to real life.

“So, while I was growing up, I was OK without a father figure. However, if there were special events, he would be there. For example, aawardan ako kasi honor student ako nung elementary ako gusto ko lang sabihin, sino pupunta, sino aakyat, tapos magugulat nalang ako, si Papa pala. Dumating pala siya. That became my motivation to study hard so that everytime I would receive an award, he would be there. Then during birthdays... naiiyak ako, ayoko na, yun lang, kaya iyakin ako sa Love Thy Woman,” bared Kim, who tried to make things light at first, although at this point she couldn’t help herself from turning emotional.

Nevertheless, it is important to note that from her answers, she suggested as much that she feels no bitterness towards her half-siblings nor towards her father. “I post them on Instagram, madami naman kami. Masipag yung Papa ko, ay hindi mapagmahal lang yung Papa ko and it really happens, it’s real and it’s accepted by all the wives, but di siya pinapakita. But in this teleserye, you can see what really happens inside a modern Chinese family.”

It’s not hard to believe Kim’s words because she’s proud to share photos with her father and her family like her most recent during the Chinese New Year celebration over the weekend. She owns probably one of the most unfiltered Instagram accounts around among the celebrities, many times candidly sharing reflections about herself, life, career and faith.

As bonus for fans, Kim is not shy to offer a glimpse into her relationship with her reel-to-real-life leading man Xian.

Asked why they’re this open nowadays, Kim explained, “We don’t need to not show it, everyone sees it already, and the roles that we do are no longer pa-tweetums, chummy… the roles we play are something very challenging for us, we don’t do it everyday. I don’t tell him on a normal day, shut up (laughs)! I’m not like that, we’re not like that. I’m just happy to work with someone I really know.”

Meanwhile, it was Xian who shared “secret” to making their relationship work. Apart from taking things one day at a time, he said, “It’s more of we let each other go as artists. With Kim, she has the freedom to do everything she wants as an artist, and she also gives me freedom to do whatever it is I feel like I needed to do. From that, we grow together. That’s one of the secrets.”

Asked how much he loves Kim, he declared, using their new show’s title, “Wholeheartedly, that’s how much I love my woman.”

Letters to the heart