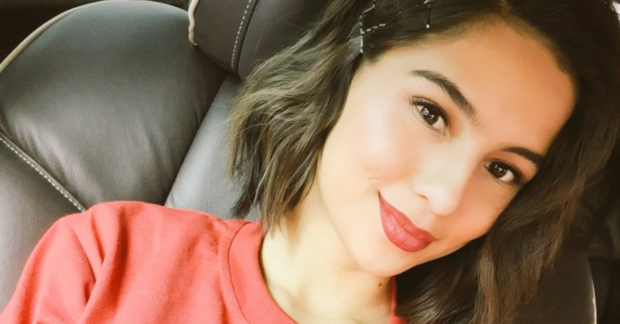 Jasmine Curtis-Smith called on fans to watch her latest movie “Cara x Jagger” along with her at a Mandaluyong mall today, Nov. 9.

After she put up polls on Twitter, fans chose the place and time of the screening: SM Megamall in Mandaluyong this evening. She said director Ice Idanan will join her too.

As fans suggested other cinemas closer to them, Curtis-Smith showed that she was saddened that some malls removed her movie from its line-up. These include Ayala malls and SM North.

“Cara x Jagger” is about Cara (Curtis-Smith) who remembers everything and has to help an ex-boyfriend, Jagger (Ruru Madrid), who lost his memory. It is her first lead role in a mainstream film.

She said also on Twitter that she went on a movie date with fans when her 2016 film “Baka Bukas” was released in theaters.  /ra