'It's Showtime' apologizes for missing jackpot prize on Piling Lucky 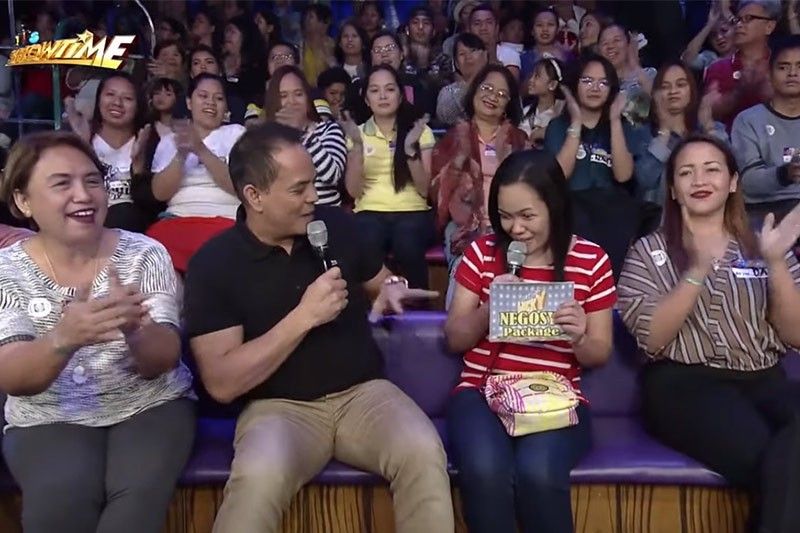 Under the segment, the show draws a “Lucky 100”  from fans who line up at the ABS-CBN Audience Entrance. From the group, the “Lucky 20” players will be brought to the studio to take on challenges using their chosen lucky items in successive rounds.

Only one out of the Lucky 20 will have the opportunity to try out their luck for the jackpot prize. If no one wins the money, it will be added to the accumulated prize the next day.

During the show’s Thursday airing, however, the hosts discovered on live broadcast that the “negosyo package” prize was missing, prompting an internal audit representative to join them.

Showtime director Bobet Vidanes, in a live statement, announced that contestant Ginalyn Canillo was then awarded the prize by default.

(Hey good afternoon, people. The Showtime Production made a mistake during the production round of Piling Lucky earlier.)

(Due to the incident,  it has been decided that the negosyo package will be given to our player Ginalyn Canillo. Thank you very much, people.)

The show announced Thursday morning that the negosyo package awarded is worth P550,000.

(I thank Direk Bobet for not neglecting me and to all the hosts of It’s Showtime, especially Vice Ganda.)

(I am thankful that under unforeseen circumstances I was awarded the prize. I will use this properly so that the unexpected fortune will not go to waste.)

With videoconference app, Soltones trains and stays in touch with teammates