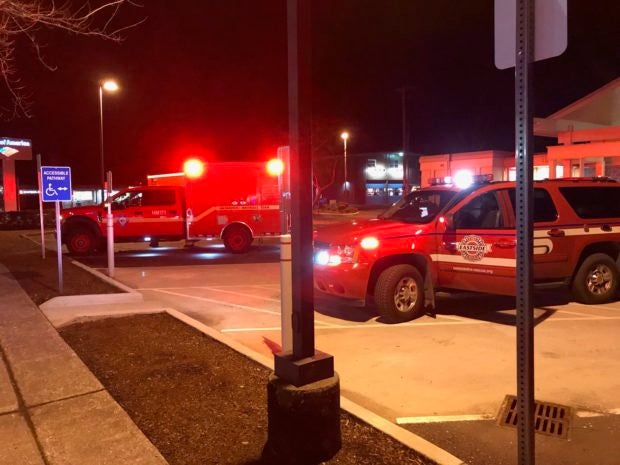 In what looked like a scene from a movie, a theater in Washington was evacuated while streets were closed as hazardous material (hazmat) technicians flocked to the site to contain a “highly contagious” substance.

A suspicious package was delivered to the North Bend Theater on Friday, Nov. 29. When the theater’s manager opened it, a box with a liquid inside was found labeled “highly contagious human substance,” as per ABC affiliate KOMO today, Dec. 1.

The manager’s discovery of the “biohazard” prompted hazmat technicians to race to the scene and conduct standard operations when dealing with dangerous substances.

The said manager was also taken to the nearest hospital to be checked out due to exposure to the substance, Sgt. Paul Graham from Snoqualmie Police said in the report.

Happening Now! B171, B181, L171, HM173, A171, E178 and E182 at Northbend theater for hazmat call with a box marked “highly contagious human substance”. Box has been isolated and one patient treated as a precaution. Five hazmat techs on scene. pic.twitter.com/mLdSaexN2u

The liquid, labeled quite terrifyingly, turned out to be a urine sample, meant to be delivered to a clinic in Tacoma, Graham, which is over 70 kilometers away. How the mistake in the delivery was made remains unclear. The urine sample was then disposed of properly, as per report, said Eastside Firefighters union officials. Ian Biong/JB