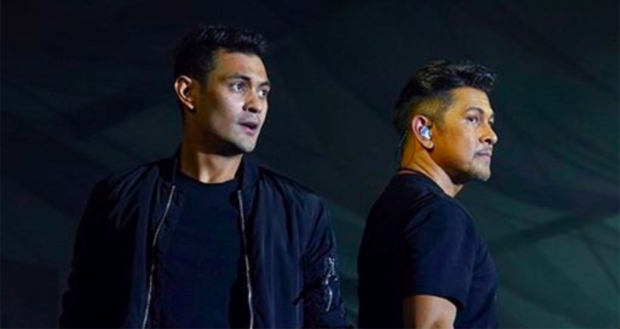 Gary Valenciano warned the public of a fake video that has been going around online, which states that his son Gab has taken his own life.

His post featured a screenshot of a Facebook user notifying him about the said video. The clip shows Gab’s face juxtaposed on a previous news report by ABS-CBN about deaths in a house in San Juan City.

ALERT: This news is going around now. THERE IS NO TRUTH TO ANY OF THIS!!! This isn’t the fault of ABSCBN NEWS. It looks like even they were a victim of this. It’s TOTALLY FAKE!!! A news clip about another issue was used and Gab’s face was simply added on to the clip. Please do not believe such news immediately!!! God bless us all🙏🏼🙏🏼🙏🏼

Gary clarified that the video was not by ABS-CBN News, noting that even the news outlet appears to be a victim of the makers of the fake clip.

The said channel also features other news clips from different news outlets. The titles of the fake news clips make various false announcements, such as that of the supposed deaths of actors Ellen Adarna and Baron Geisler.

Gary then took to Instagram Stories yesterday to prove Gab was alive and well. Gary shared a moment of him having dinner with his son Gab and his grandchild Leia, the daughter of his other son Paolo.

“We’re all together as one happy family,” Gary said in the clip.

Gab himself disproved the false claim on Instagram Stories yesterday. He shared a screenshot of the said video, saying, “FAKE NEWS. I AM ALIVE AND WELL.”

Gary advised his fans and social media followers to “not believe such news immediately.” JB