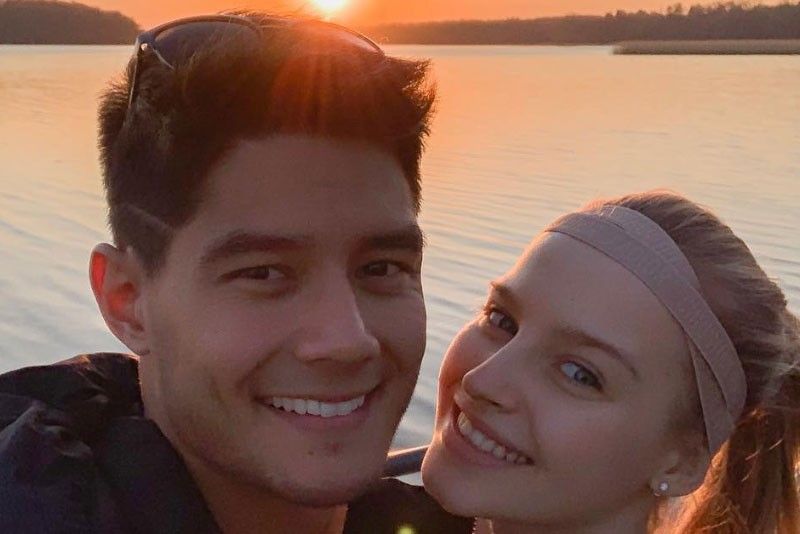 According to Polish websites, the two reportedly called it quits due to Daniel's alleged unfaithfulness.

"Karolina Pisarek is single again. The participant of "Top Model" parted with her boyfriend - according to gossip media, because of his infidelity," Polish website Kultura.onet.pl alleged in a report.

Internet users also noticed that the Polish model and the Filipino-Japanese actor have not been posting sweet pictures or messages for each other during the holidays, unlike what they used to do. Daniel just commented "Merry Christmas" on one of Karolina's posts, while they just exchanged emojis for love and prayers in another post.

Karolina's last post with Daniel was last November, to greet the actor on his birthday.

"Happy birthday to my baby @dandanmatsunaga that always put smile on everybody's face that always take care of the family and people around," Karolina wrote.

"(He) is so humble, always happy and appreciative with all that God gave him in life.. My love! I just want to say thank you for everything that you are doing! For showing me love, for the wonderful relationship with GOD IN THE CENTER. I remember,when I met you.. You were just 28 today you are turning 31! And I'm so happy to be the part of your life! We both are growing together," she added.

"Today I can say-i am more like you l, you are more like me. God teaches us so much! Anything I've been going through with you just made me stronger. More mature. And a BETTER PERSON. Thank you for who you are! In my eyes you are the most special in the world! May God bless you with anything you dream about in life! You totally deserve all of it! I love you forever! Your piekna."

Last October, Daniel told Philstar.com in an interview that he does not let distance become a hindrance in his relationship with Pisarek.

Daniel admitted that being in a long distance relationship may be hard, but he can give his all for the one he loves.

“She's very busy but we've been two years together,” he added.

The actor-model hoped that his Poland-based celebrity girlfriend is already the one for him.

“I love Karolina to the fullest and I give all I can, my time, everything I do, I do think of her before anything else. I've been praying a lot with our relationship and hopefully she's the one," he enthused.

Daniel met Karolina when the Polish model visited the Philippines for an ad campaign.

The couple has not released an official statement regarding the rumored breakup.

Antetokounmpo to Bucks fans: I can't wait for next season!

Ex-Speaker Alvarez joining opposition? That would be difficult, Robredo says