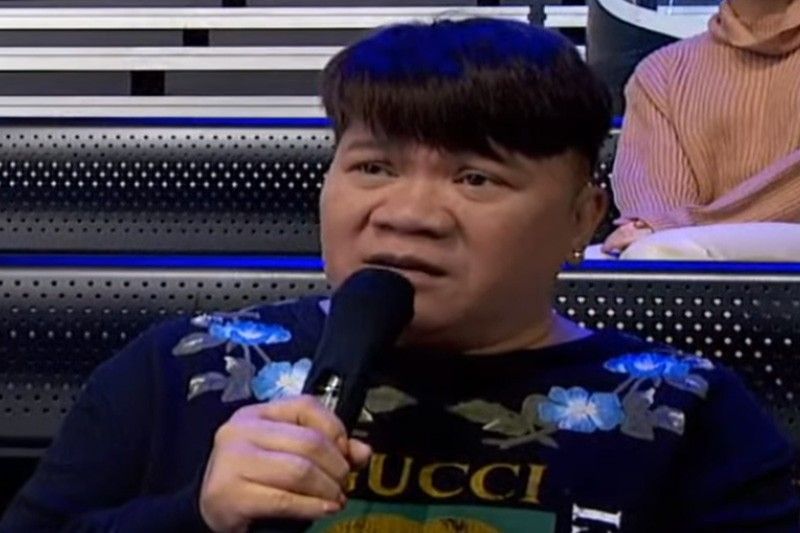 MANILA, Philippines — Eat Bulaga host Allan K is facing heat from netizens following the Wednesday broadcast of the noontime variety show’s “Bawal Judgemental” segment where the guest Anton had opened up about his suicide attempt during a dark moment in his life.

Allan, who had recently lost his sister last week and brother back in May, was visibly distraught after Anton had narrated his experience.

He then proceeded to ask the guest how the attempt changed his perspective in life.

Online users, however, did not take kindly to the host’s remark, pointing out that it’s insensitive to say that to a survivor of a suicide attempt.

I'm a big fan of #BawalJudgmental but I felt offended sa sinabi ni Sir Allan K. As someone who survived an attempt you should never tell them na masama yan. If that's what you think then please just keep it in your mind nalang. Suicide is such a serious topic.

SHUT THE FUCK UP ALLAN K. WHY ARE YOU GUILT-TRIPPING SOMEONE WHO ATTEMPTED SUICIDE?????????? #BawalJudgmental

Uhmmmmm. No, Allan K. You don't get to say that specially with that condescending tone of yours. As the segment says, bawal judgmental. Ugh.

Meanwhile, other netizens pointed out that it’s ironic to judge Allan for his remark instead of understanding where he came from and it would be wiser to educate him instead of canceling him altogether.

To everyone who got offended by Sir Allan K's question regarding the suicide issue, please let's not call him names po. We all know that the stigma is still there and there are people who thinks the same. Let's educate nalang that's how we advocate.#BawalJudgmental

People, #BawalJudgmental's topic for today is not about suicide. Siguro sa bugso ng damdamin ni choice, naopen up nya since they shud tell their story. Dont blame hosts for asking Q's kasi sila din ay walang idea abt their stories and to educate thru past exp

Sa loob ng 3 buwan, namatayan si Allan K ng dalawang kapatid at nawalan ng dalawang comedy bars. He reported back to EB for work. We can't blame him to become emotional because of a contestant's story about suicide. He is still grieving & needs your sympathy.#BawalJudgmental pic.twitter.com/MApVvaaczF

'Christmas in Our House!'

Online petition to remove Amber Heard from 'Aquaman 2' gets over 1.5M signatures

Will there be Christmas?; Mistaken for Jesus

Did you say UFO? Gillian Anderson stuns from alien hunter to Margaret Thatcher

Why is Alden 'going crazy?'

Stars use creativity to raise millions for Typhoon Ulysses victims

Why Anjo is grateful to NET25

Diocese of Legazpi launches celebration of 500 years of Christianity