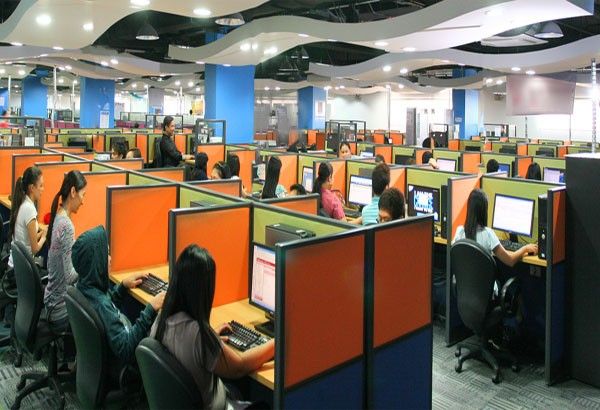 MANILA, Philippines — Think tank IBON on Thursday said the Department of Finance's claim that more than a million jobs will be created by corporate income tax cuts under the proposed Corporate Income Tax and Incentives Rationalization Act (CITIRA) is dubious and baseless.

CITIRA, filed as House Bill 4157, is the proposed second package of the government's Comprehensive Tax Reform Program. It was passed on third reading by the House of Representatives on September 13. The Senate has yet to pass its version of the bill.

Aside from lowering the corporate income tax, CITIRA will also "rationalize" or remove redundant tax incentives for investors.

The research group said the Finance department's claim is only using the appeal of job creation to peddle regressive tax measures that would only increase corporate revenues and executive pay without a corresponding increase in jobs or wages.

Africa noted the lack of merit in DOF’s previous promise that the Tax Reform for Acceleration and Inclusion Law would benefit most Filipinos when the latter was lobbying for the law.

IBON also said the DOF continued to push for the TRAIN Law despite knowing “the poorest 17.2 million Filipino families would eventually be burdened by additional consumption taxes especially after the smokescreen of temporary cash transfers.”

“It is more likely that CITIRA’s tax cuts will just go to increasing corporate profits and justify increasing already exorbitantly high executive pay. They will certainly not go to increasing wages because corporations have kept real wages flat for over a decade-and-a-half despite rising labor productivity,” Africa said.

Africa said there were no job generation estimates during the bill’s passage through the House. This includes when it was first filed in 2018 as TRAIN Package 2, when it was passed by the House of Representatives in 2018 as the renamed Tax Reform for Attracting Better and High-Quality Opportunities or TRABAHO Bill, and during its first Senate hearing in September.

The IBON director also recalled when Finance Undersecretary Karl Chua said in the Senate hearing that no job impact was observed.

“The new jobs will supposedly come from businesses reasonably spending half of their increased profits from the lower corporate income tax in growing their businesses but companies already have enough profits as it is,” Africa said, citing DOF reports that showed large firms accounted for three-fourths of all corporate income tax collections and had continuous growth figures.

The proposed fiscal incentive system under CITIRA may also lead to 703,000 jobs lost in the first year of the law's implementation, the Joint Foreign Chambers of the Philippines said during a Senate Ways and Means Committee hearing.

Senator Sherwin Gatchalian has responded to the concern by urging DOF to carefully examine how it will ensure the job security of Filipinos if the bill is passed.

"So we are creating jobs on one hand but we are also displacing people on the other. And that is embedded in the bill. The bill itself gives us a signal that there will be job losses," Gatchalian said in a press release.

DOF, however, maintained its claim that CITIRA will create 1.5 million jobs.

“Our numbers are transparent. Companies will reasonably invest at least 50 percent of their additional money from the reduction of the corporate income tax rate (CIT) rate in growing their business. This will mean more jobs–a total of 1.5 million jobs actually,” Chua said on Monday.