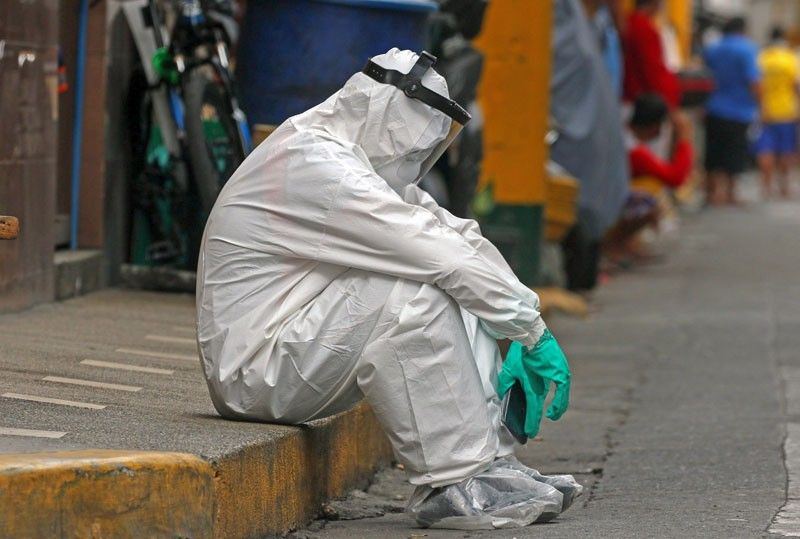 MANILA, Philippines — While the government quickly responded to healthcare workers’ call for a 15-day timeout, the rest of President Rodrigo Duterte’s promises, composed of bigger allowances and benefits, may not be easily rolled out, especially without a stimulus measure in place.

The budget department is still “studying” where to source funding for Duterte’s pledges of a P15,000 stipend for health workers with mild coronavirus cases, insurance coverage, as well as additional free accommodation and transport, Budget Undersecretary Laura Pascua said in a Viber message.

She did not provide details.

While per iLEAD PH, a non-state think tank, the government still has around P900 billion untouched on its coffers, the authority to spend that money for pandemic response, including subsidies to health workers, lapsed way back in June and which Congress has struggled to renew due to differences on stimulus approach with the administration.

The Bayanihan to Recover As One, which contains that authority, remains pending before the House of Representatives despite the Senate passing its version last week. The bill may not see passage until after the MECQ is already lifted.

“We have already allowed remote discussions, and have been productive in this modality in the past.  Much committee and plenary work has already been done online, so the imposition of MECQ should not present problems for us,” Albay Rep. Joey Salceda said in a text message.

“I proposed to the Speaker that we discuss the stimulus bills as one big package of reforms, so that we can discuss them all in a more holistic context, instead of discussing them one-by-one,” he said when asked about the direction of the bill. “Very likely, we will have enacted a full package within the next two weeks.”

Use of savings, calamity funds

The so-called Bayanihan II matters because as what Pascua indicated, funds would need to be sourced to follow Duterte’s latest orders supposedly delivered to medical frontliners “without delay.” While doing so is still possible in absence of the new law, determining financial sources would be extremely difficult and would involve cutting allocations of other programs.

That has been the government’s practice for quite a while since the first Bayanihan law expired last June 22 without a successor. Pascua said without legislative authority, the budget agency has relied on “modifications” on programs under the 2020 outlay with general descriptions enough to legally fit a COVID-19 response project.

Savings as well as lump sum calamity funds were also tapped, she added. Budget data showed that as of June 30, P5.5 billion of the P22.2-billion calamity fund remained untouched.

But with the pandemic far from getting under control, government bills are rising and Senate President Vicente Sotto III said the second round of Bayanihan law must be passed “as soon as possible.” Duterte told lawmakers to prioritize the measure during his State of the Nation Address.

“No word yet (from the House) but we expect them to pass it (Bayanihan II) next week, hopefully,” Sotto said in a text message.

Should Bayanihan II is signed into law this month, the measure will only be in effect until end-September, after which legislators would again have to deliberate whether to extend the law or not.