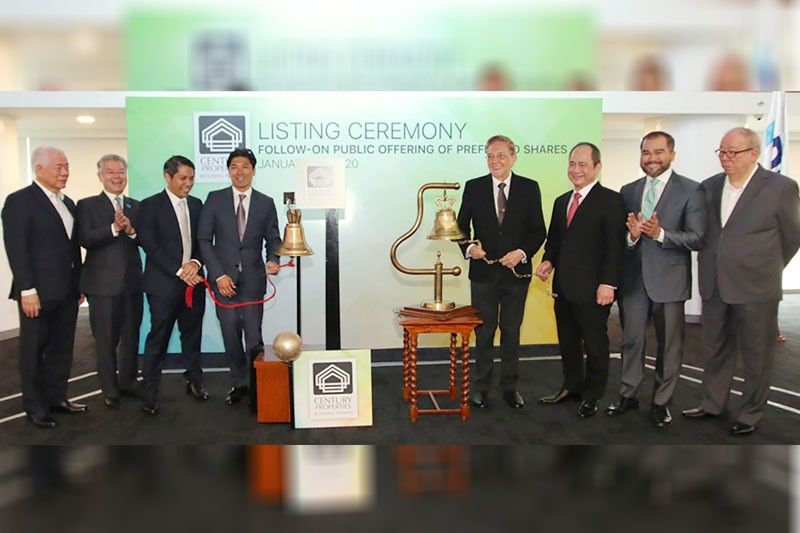 MANILA, Philippines — Century Properties Group Inc. (CPG), the listed realty firm of the Antonio family, is pouring in P30 billion in capital expenditures in the next three years to expand its businesses.

“Proceeds would be used to fund the expansion of the company’s commercial leasing business,” Antonio said.

The hotel will open in the second quarter at CPG’s Acqua project in Mandaluyong.

It was twice oversubscribed over the P2 billion base issue size, allowing the company to fully exercise its P1 billion oversubscription option.

“We are very happy with the overwhelming market reception to CPG’s first fundraising exercise in the equity capital markets since 2011. This is a strong vote of confidence in the direction that the management has taken to drive growth for the company, supported by concrete results so far delivered through our positive financial performance over the past several quarters,” Antonio said.

The company has diversified its businesses in recent years from just in-city vertical developments to affordable housing and commercial leasing businesses.

Antonio is confident about its prospects this year given the steady economic growth and growing business process outsourcing sector.

Marawi rehab 'on track' to finish next year